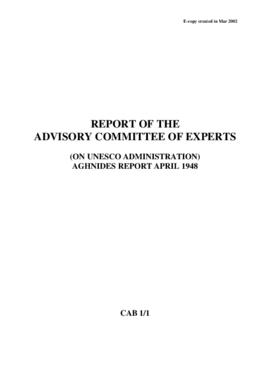 Office of the Director-General records

UNESCO. Office of the Director-General

Direct transfer of all records from the ODG to the Archives.

Continuous accruals by transfer from ODG.

CAB files may include sensitive information and may, therefore, be closed for a period of fifty years as established by the Rules governing access to the archives by outside persons (Administrative Manual 9.5a). See the Conditions governing access note at the series-level for more precise information on whether a series has been entirely closed, is subject to screening and redaction by the archivist, or is open with no restrictions.