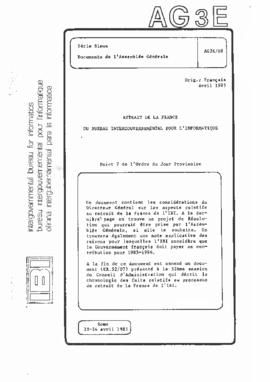 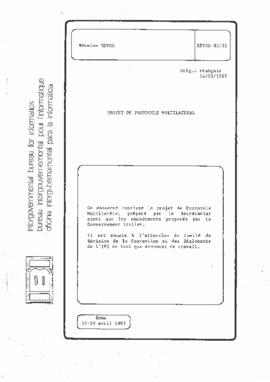 The General Assembly was the principal governing body of the Intergovernmental Bureau for Informatics (IBI). The Assembly met every two years at IBI headquarters in Rome. It was composed of representatives of the State Members to the IBI and an observer from UNESCO. At each session, the Assembly determined the programme activities and budget for the Bureau for the next two years. The Assembly appointed the Director-General and elected members of the Executive Council.

The official languages of the General Assembly were French and English up until the 4th Assembly General (Rome, 3-4 April 1967) where Spanish was established as the third working language of the IBI.

Throughout its existence, the General Assembly created different ad hoc commissions and independent committees in order to advance the working methods and operations of the Organization. The Committee for the Revision of the Convention of the IBI and the Liquidation Committee are two examples.

At the 10th General Assembly, the Committee for the revision of the Convention and statues of the IBI was established. The Director-General first convoked a meeting of the Committee in July 1981. The Committee, also known as REVCO, had the status of an ad hoc commission and was composed of representatives of member states and a representative from UNESCO. REVCO was convoked periodically during the 1980s when questions relating to the Convention arose.